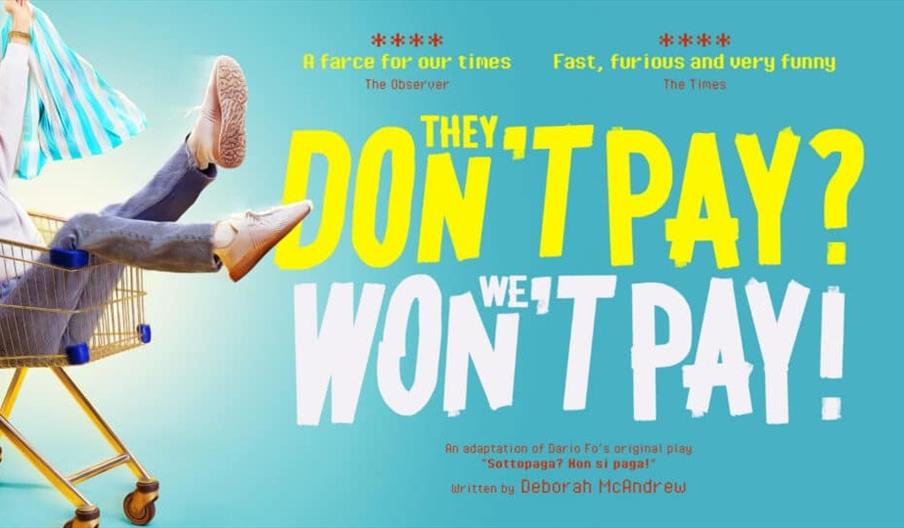 The cost of living is out of control – and so is Anthea. Sick of scrimping and scraping to pay her energy bills, she starts a riot in the local supermarket resulting in a group of raging housewives looting the building.

Now, with a pile of freshly “liberated” groceries, Anthea and her best friend Maggie embark on a ludicrous, laugh-a-minute adventure, trying to keep their law-abiding husbands in the dark whilst staying two steps ahead of the crime squad.

They Don’t Pay? We Won’t Pay! is the work of Dario Fo, Nobel Laureate and the master of farce. Deborah McAndrew’s whip-smart adaptation mixes political satire, hilarious plot twists and wise-cracking dialogue to create a thrilling play about the lengths people will go to when they’re desperate.

They Don’t Pay? We Won’t Pay! is being brought to life by the Mercury Theatre’s Creative Director, Ryan McBryde (Baskerville, The Comedy Of Errors, Oliver)

We will be holding charity bucket collections for Colchester Food Bank after all performances of They Don’t Pay? We Won’t Pay! and we encourage our audience members to donate non-perishable food items at our Food Bank drop-off point in our Box Office. 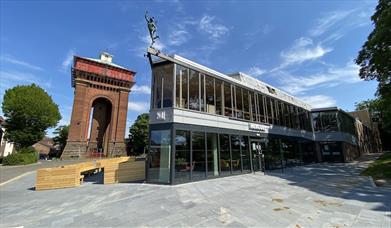