You are here: What's On > The Hunchback Of Notre Dame 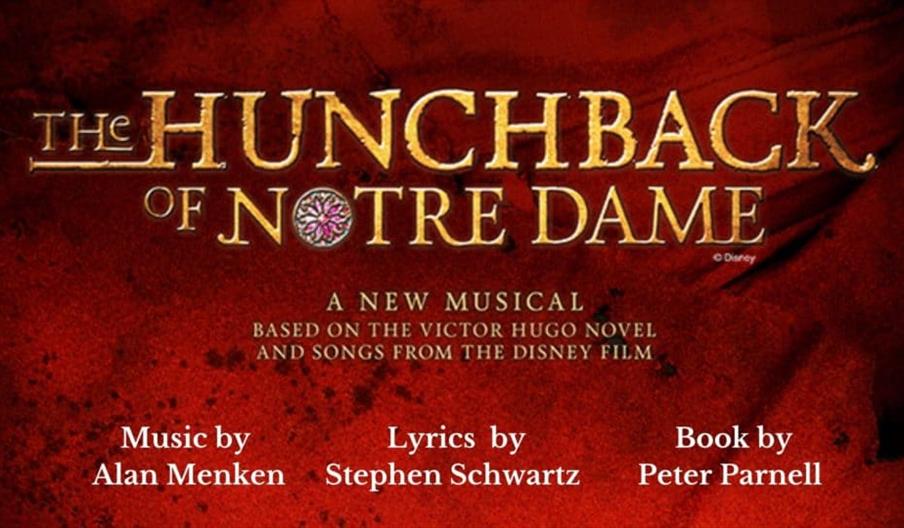 What makes a monster and what makes a man? This is the central theme of The Hunchback of Notre Dame, a musical based on the Victor Hugo novel and including the songs and Academy Award-nominated score from the Disney animated feature, along with new songs by Alan Menken and Stephen Schwartz.

The musical tells the story of Quasimodo, the deformed bell-ringer of Notre Dame, who longs to be Out There with all of fifteenth-century Paris. Held captive by his devious caretaker, the archdeacon Dom Claude Frollo, he escapes for the day and joins the boisterous crowd at the Feast of Fools, only to be treated cruelly by all but the beautiful gypsy, Esmeralda. Quasimodo isn’t the only one captivated by her free spirit, though – the handsome Captain Phoebus and Frollo are equally enthralled. As the three vie for her attention, Frollo embarks on a mission to destroy the gypsies – and it’s up to Quasimodo to save them all!

Let Colchester Operatic Society sweep you away with the magic of this truly unforgettable musical as they perform this powerful story and fill the stage with beautiful choral harmonies. This local amateur dramatic company are well known for producing professional quality shows at this theatre and are excited to be back on the Mercury stage after performing Oliver! in collaboration with us in Autumn 2019 at The Mercury at Abbey Field.

There will be an opportunity to meet the cast after the 3pm show on 30th January!

The Hunchback Of Notre Dame