You are here: What's On > Peter Rodulfo - From Trinidad to Great Yarmouth 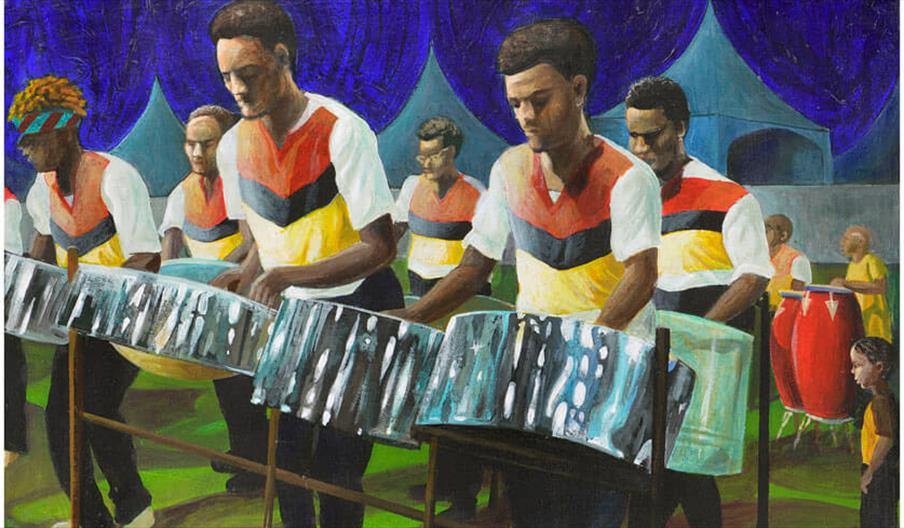 Peter Rodulfo is a British artist and sculptor who spent much of his childhood travelling across India and Australia, before settling in Norwich where he studied at the School of Art and Design between 1975 to 1979.

Rodulfo is a prolific painter employing a highly specific and identifiable technique, working predominantly in oils on canvas, but occasionally in the medium of sculpture, and, as in the case of the works displayed here, acrylics. Much of his work is loosely associated in the imagery and symbolism of Magical Realism, exploring themes such as love and loss, the erosion of memory and creatures, both real and imaginary.

Rodulfo’s recent visit to Trinidad was prompted by a story he was told as a child regarding his family being the only remaining Rodulfos in the world. With the expediency and global connectivity of social media to aid his ancestry investigation he was surprised to discover that his paternal grandfather was from Trinidad, and that today he has a large family there, descended from cocoa planters. This led to an invitation to visit and meet with extended family for the first time, including the offer of a studio space, and a show at the National Library in the Port of Spain where Rodulfo pursued a creative vision capturing both the vibrant colour and character of the island that references his seaside home town and his artistic and family relationships. The influence of these contrasting environments have created a compelling body of work that you see displayed here that provide the viewer with more than personal relevance.

Wednesday to Sunday 10am to 5pm or by appointment

Sorry, this event has passed