You are here: What's On > Michael Palin: From North Korea into Iraq 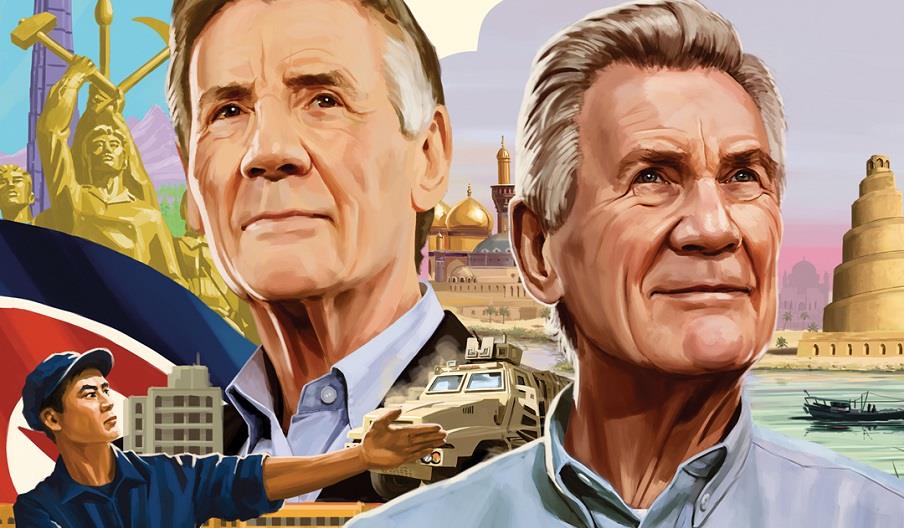 Michael Palin, the Monty Python legend and intrepid globetrotter, is coming to Colchester's Charter Hall this autumn, bringing tales of two of the most extraordinary journeys he’s ever made.

'From North Korea Into Iraq' will see Michael deliver first-hand accounts of journeys through two countries on the dark side of history. Both named by President George Bush as being part of the Axis of Evil. Using photos and film shot at the time, he will tell the story of his challenging adventures in the tightly controlled time bomb that is the People's Republic of North Korea, and the bruised land of Iraq, once the home of civilisation, torn apart over the last thirty years by brutal war and bloodshed.

These two countries are often portrayed as international pariahs, and two of the last places you'd want to visit, but for Michael, the best part of travelling is looking behind the headlines and getting to know what life is really like for the people who live there.

Michael Palin said: "We shouldn't forget that we share a common humanity with the people of North Korea and Iraq and in both these tough and difficult countries we found, as you will see, humour and hope, ambition, expectation, warmth, hospitality and extraordinary resilience.  These journeys were for me a total eye-opener. 'From North Korea Into Iraq' may take you out of your comfort zone but I hope, like me, that once we've travelled together, your feelings about these two countries, and the wider world we share, will never be quite the same again."

This tour will be accompanied by Michael's new book, 'Into Iraq', published by Hutchinson Heinemann on 15 September and a major Channel 5 documentary series of the same name, which begins on 22 September.