You are here: What's On > Life with Art: Benton End and the East Anglian School of Painting and Drawing 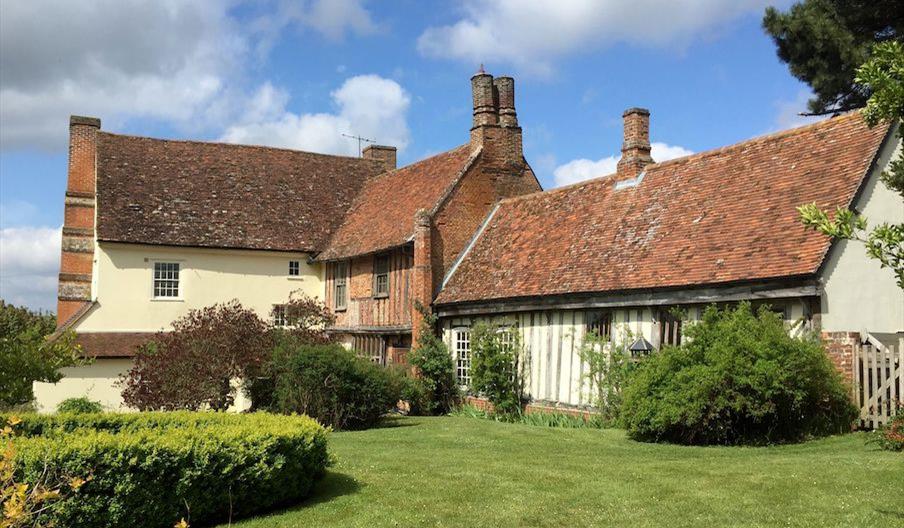 Lucian Freud, Maggi Hambling, John Nash … just a few of the artists associated with the East Anglian School of Painting and Drawing established in 1940 by Cedric Morris and his partner Arthur Lett-Haines in their home, Benton End.

Through the 1940s and 1950s Benton End, a Grade II listed 16th-century house located on the outskirts of Hadleigh in Suffolk, became the centre of a diverse community of 20th-century artists, writers, and horticulturalists.

An exhibition at Art Fund Museum of the Year winner, Firstsite, will showcase for the first time the network of artists and cultural figures with links to the art school Morris and Lett-Haines created, its influence in the formation of the Colchester Art Society, and the inspirational way of life and approach to teaching and gardening encouraged by Morris and Lett-Haines.

This wide-ranging presentation, made in partnership with Colchester Art Society will feature over 100 artworks, including works by Morris and Lett-Haines, drawn from collections from across the UK. Alongside these will be artwork by artists who studied at Benton End - David Carr, Lucian Freud, Maggi Hambling, Frances Hodgkin, Valerie Thornton, and Denis Wirth-Miller among others - on loan from collections including the Arts Council Collection, Jerwood Collection, Colchester + Ipswich Museum, Towner Art Gallery, Eastbourne, and a number of private collections.

Benton End afforded space for Morris, Lett-Haines and many of their students to live as well as work at the school. This contributed to a communal atmosphere and an inspiring approach to learning with the free exchange of artistic ideas and techniques. The exhibition will show Morris as educator with non-conformist views who refused to distinguish between professional and amateur.

Morris also grew rare and exotic plants at Benton End, which he collected on expeditions to the Mediterranean and North Africa and in many cases introduced to cultivation in Britain for the first time. He planted them in an idiosyncratic style which some view as an extension of his work as a painter. The garden Morris created, and the plants he grew, influenced many important figures in British horticulture – frequent visitor Vita Sackville-West grew his irises at Sissinghurst, Beth Chatto was mentored by Morris with a large proportion of the plants in her world-famous garden at nearby Elmstead Market originating from Benton End.

The exhibition will provide visitors with an opportunity to be creative with workshops taking place throughout the run of the exhibition, which will take inspiration from the life created by Morris and Lett-Haines at Benton End. Alongside art-based activities these workshops will include wellbeing, cooking and gardening.

Although it is not currently open to the public, Benton End has recently been purchased by the Pinchbeck Foundation with plans for its reopening as a centre for art and horticulture, administered by the Garden Museum.

By Road:Follow signs to the Town Centre.Accessible by Public Transport: Colchester Town station is 1 mile away.

Life with Art: Benton End and the East Anglian School of Painting and Drawing