You are here: What's On > Dracula: The Untold Story 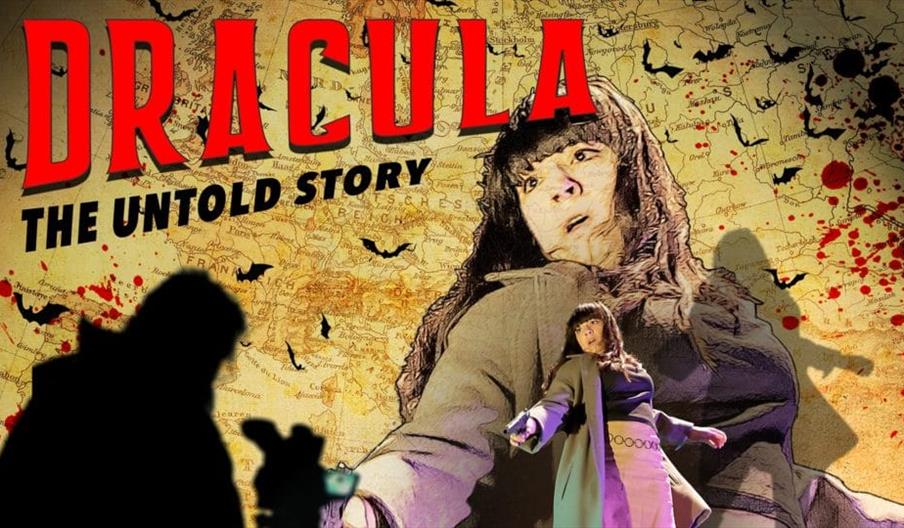 Just before midnight, as revellers celebrate the beginning of another year, a young woman enters Marylebone Police Station and confesses to a brutal murder.

She claims to be Mina Harker, the last living survivor of the intrepid group that witnessed Count Dracula’s destruction 70 years before. But Mina Harker has not been seen since 1901. And if she was alive, she would be ninety years old.

As Mina confesses to events that are much more terrifying than in the original, she retells the events of Bram Stoker’s classic novel. She claims it’s the true story. The untold story. And she must tell it now, before sunrise, before it’s too late, before…

Unfolding on stage as a live graphic novel, Dracula: The Untold Story is a chilling new version of the classic gothic vampire tale that you thought you knew so well.

Using the latest digital technologies imitating the dog engage with the dark landscape of the gothic with a renewed energy and political insight.

Fresh from their critically acclaimed adaptations of Heart of Darkness and Night of the Living Dead (TM) REMIX and 123 years after its publication, imitating the dog take Bram Stoker’s seminal gothic novel as the starting place for their radical exploration of our fascination with the most enduring manifestation of evil in literature and cinema.

An imitating the dog and Leeds Playhouse co-production