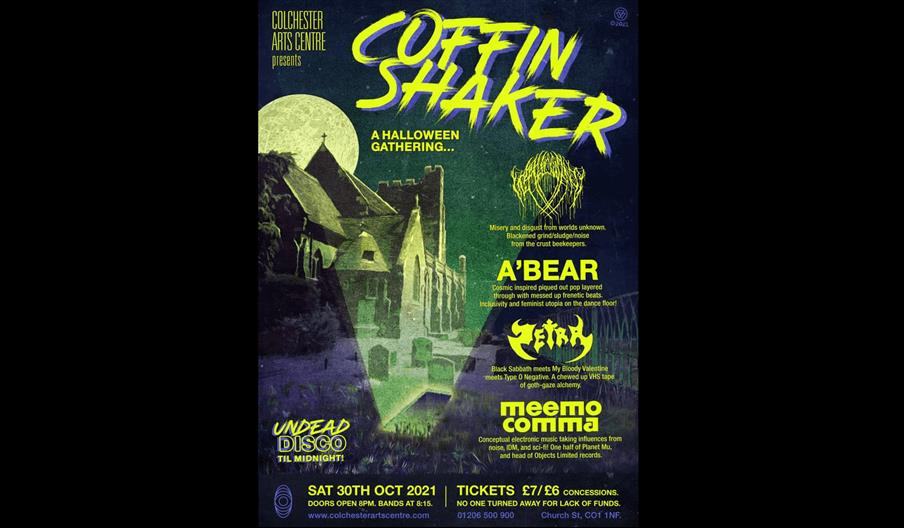 ZETRA
Genre-bending duo ZETRA have blossomed into a vessel for intricate storytelling by way of fuzzed-out guitars and majestic melody. Many hours of heavy metal exploration in their formative years has resulted in a solid and eclectic foundation upon which they have layered shimmering synths and ethereal shoegaze elements.

Meemo Comma is the alias of Brighton born Lara Rix-Martin who previously recorded as part of the Heterotic duo on Planet Mu. They started the Objects Limited label that features under represented genders in 2016 and has since gone one to produce three albums of their own, including the 2021 anime soundtrack and Jewish folklore inspired "Neon Genesis: Soul into Matter.

No one turned away for lack of funds – email stafford@colchesterartscentre.com