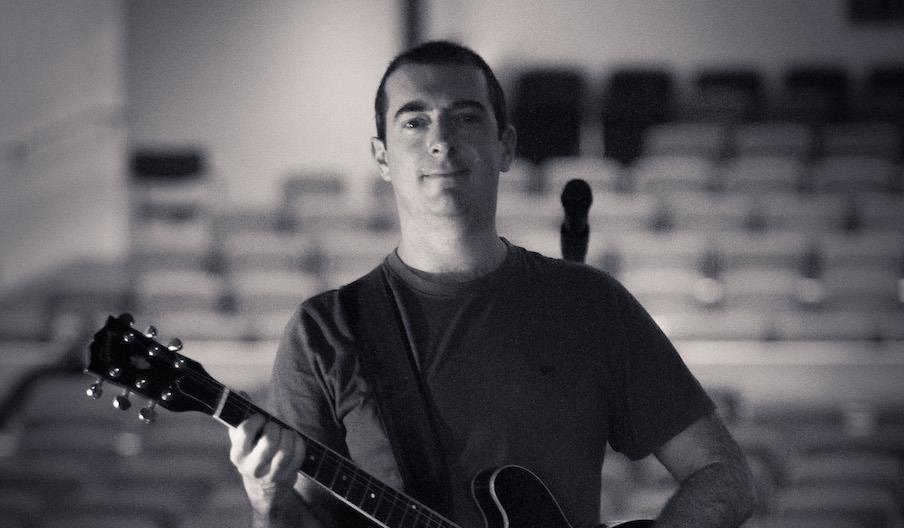 CHRIS ALLARD
Described by the legendary Pat Martino as “a real guitar player”, and by Jamie Cullum as "one of the great guitarists in this country", Chris cites Pat Metheny, Radiohead and Miles Davis among his influences, and while firmly rooted in the jazz tradition, his group encompasses elements of rock, World, classical, blues and folk.

A musician whose playing is both lyrical and understated, Chris will be performing material from his soon-to-be released follow-up to Invisible Landscape, plus compositions from his previous albums - all of which garnered a plethora of plaudits in Jazzwise, Musician and Guitarist - and Charlie will making his contribution too!

CHARLIE WOOD
An accomplished and prolific singer/songwriter, Chris’ special guest, Charlie Wood, has received stellar reviews for his original releases, including Southbound, Who I Am, and Flutter and Wow, New Souvenirs.

Charlie's latest offering, Tomorrow Night, has also garnered superb reviews, such as this from R2 magazine: "It’s here that jazz intimately copulates with Blues, New Orleans-easy with Memphis kick, well-honeyed horns and spiralling trumpet. This is smoky, sighing, late-night soul from Beale Street to East McLemore Avenue, a members-only party for the sad and lonely."

A musician whose eclectic musical style incorporates elements of jazz, blues, soul, traditional R&B and popular music, Charlie embodies a hepcat worldliness and bar room empathy, with the style and wisdom that gives it heftiness, while his lean, unblemished voice has the high, lonesome timbre of a dedicated bluesman.

A singer who’s as soulful as his songwriting is smart and a wicked piano player, Charlie's composition, Promised Land, won the Jazz category in the 2015 US Songwriters’ Competition.

"Rocking with bluesy angular lines . . . somewhere between Scofield and Carlton, with a dash of fleet-footing Martino . . .  bebop is far from being Allard’s only brush." - Guitarist on Invisible Landscape.

“Pour yourself a whiskey, pull the shades, turn off the lights and bathe in this beauty. Soul, Blues, Charlie is a charmer. - Rock Remedy

“. . . a lean, unblemished voice which has the high, lonesome timbre of a dedicated bluesman.”  - New Statesman

“. . . has the artistry and class material to shrink any venue to an intimate club in vibe and warmth.” - Just Listen to This