You are here: Things to Do > Coggeshall Grange Barn 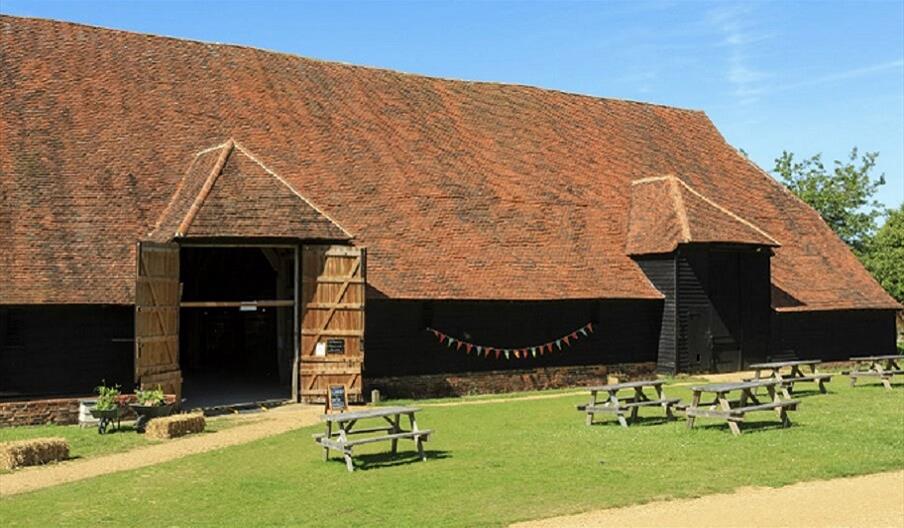 The extraordinary history of Coggeshall Abbey in Essex, a Cistercian monastery dating from the 13th century, has been revealed thanks to the efforts of a volunteer at the National Trust's Coggeshall Grange Barn.

The Barn, which was once an integral part of the Abbey, is one of the oldest surviving timber-framed buildings in Europe.

Members of the local community of Coggeshall saved the Barn from demolition in the 1980s, before it was taken on by the National Trust. More recently, volunteers at the Barn helped to secure funding from the Local Heritage Initiative in 2006 to begin research on the Abbey's history. The research reveals tales of murder, feuds and power struggles, along with fascinating details of everyday medieval life.

The research, which took two years, was undertaken by a volunteer, historian Michael Horne. He examined eight original Coggeshall Abbey manuscripts along with many other documents housed at records offices and libraries in the UK. His research has resulted in the most complete history of Coggeshall Abbey to date.

Among the stories uncovered were:

Murder mysteries - intriguing references were made in Abbey records to several murders in 1175, 1182 and 1187. Ralph of Coggeshall, resident from 1180, later becoming the Abbot, failed to mention them in his writings, but referred to Knights Templar disappearing from the Abbey. There are descriptions of monks being fined or punished for murder - but no indication of who was murdered... or why.
Royal relationships - since the Abbey's establishment in 1140 by King Stephen and Queen Matilda, the records revealed monarchs giving privileges and powers to the Abbey. Reigning Kings also took irregular payments from the Abbey in the form of money or wool, and in the case of King John, stealing horses from the Abbey.
Power struggle - a host of privileges bestowed by monarchs increased the power of the Abbey over the town, creating a power struggle between the two. The Abbey began by fencing itself in, then diverting the local river, and finally building a chapel which directly challenged the local church. In 1223, an agreement brought the feud between the Abbey and the local church to a climax, but tensions resurfaced and continued throughout the 13th century, and later as part of national concerns such as the Peasants' Revolt of 1381 and the Poll Tax, beginning in 1377.
Everyday happenings in Coggeshall - amidst all the high drama and intrigue surrounding the Abbey, many details of Abbey and village life were recorded. They included the granting of a weekly market in 1256 by King Henry III; the imprisonment of the vicar for illegal fishing in the Abbot's pond in 1293 (part of the continuing struggle between the abbey and the local church); and the annual gift of a tun of wine for the Abbot in 1345 from King Edward III.

'The research findings have really helped to open up the history book on Coggeshall. They have gone a long way towards making the Barn, and its relationship to the Abbey, a strong part of the living heritage of the town today.'

By Road:From the A120 : Follow signs.The nearest railway station is Kelvedon, which is 3 miles away.

* Last admission will be half an hour before closing